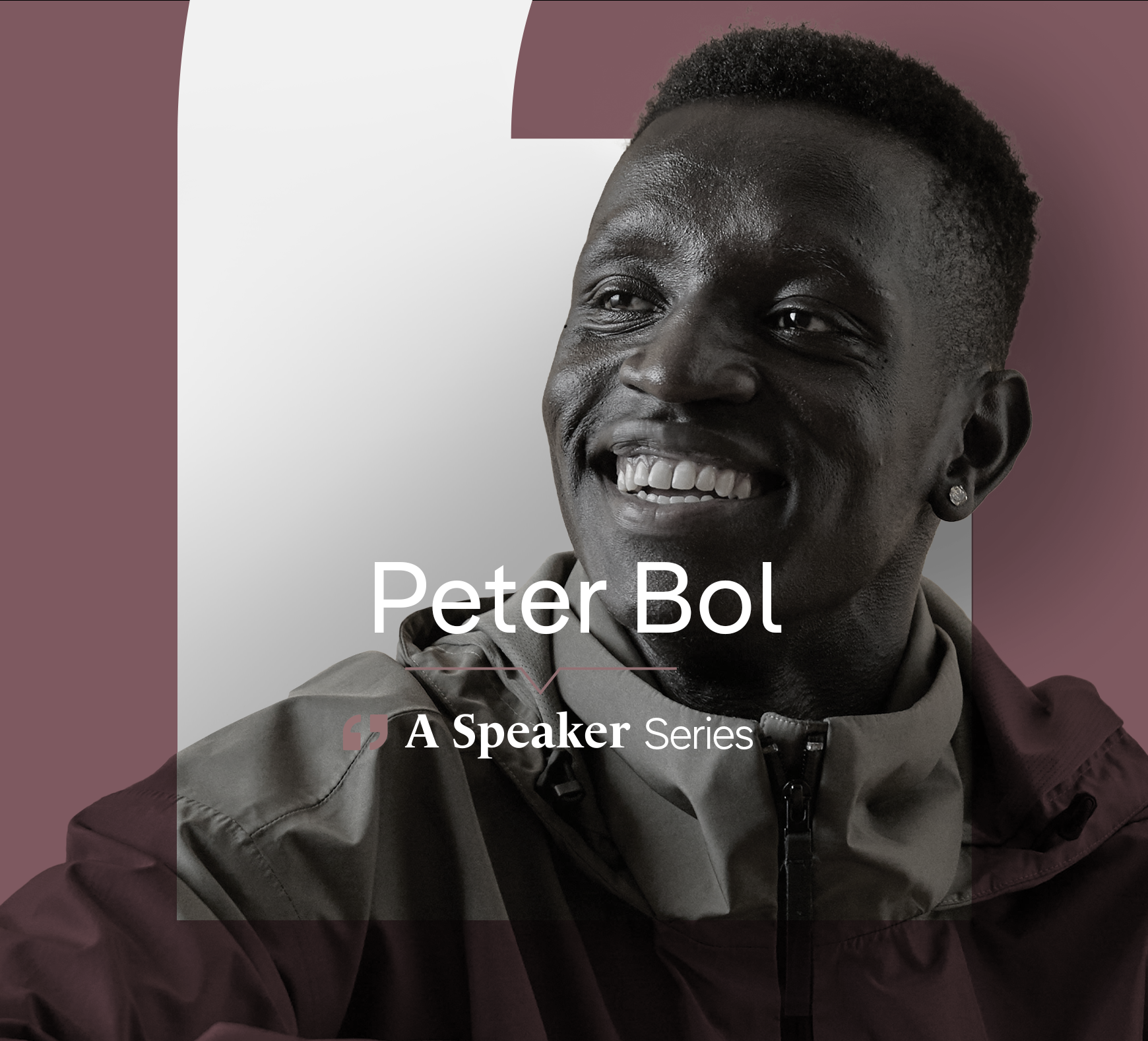 In his talk on Overcoming Adversity, Peter will delve into his journey to becoming an Olympic runner and draw upon the common ground between sport and business.

Peter Bol is a Sudanese-born, Australian Olympian who captured the hearts of the nation during his 800m men's track final at this year's Tokyo Games where he was the first Australian in 53 years to qualify.

He currently holds the record for 800m in Australia and has competed in two Olympic games and two World Championships.

Peter is also a proud and passionate public speaker serving as a great role model for young Aussies, especially in the Sudanese community.

Hosted by REA, Peter will take us through his life journey, the road to becoming an Olympian and overcoming adversity.

This session is closed